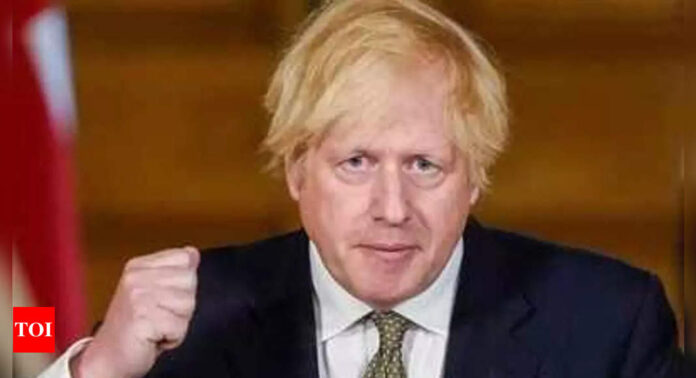 London: UK Prime Minister Boris Johnson will visit Delhi next week, at his meeting with Prime Minister Narendra Modi he is expected to raise issues such as India buying Russian oil, the war in Ukraine and India’s recent voting forms at the UN, as well as discussions on the progress of the UK-India FTA.
The UK will likely try to pressure India to soften its relationship with Russia, but like the US, it is unlikely to succeed. The main outcome of the trip will be FTA progress and a defense agreement, but optics will be more important. Johnson will hope it looks like he is persuading India to turn aside and India will be able to emerge without standing aside from Russia.
Johnson will be hoping for a specific announcement to cool the heat on the “Partygate” scandal – and that is expected to be based on the extent to which the UK-India FTA talks have been reached, as well as an announcement. major on a new UK-India defense and security partnership.
The official date will be April 22 in Delhi, where there will be a formal reception for Johnson and the official engagements. There will also be a brief visit to another state, where Johnson will view the “successful partnership between the UK and India”. There are no plans yet for a business delegation to accompany Johnson.
Delhi is expected to articulate its stance on Russia as Indian Foreign Minister S. Jaishankar did in Washington DC this week. In the end, it is likely that both sides will respect the other’s position. Delhi is expected to raise the issue of Khalistani in the UK and the UK allows the 2020 Punjab Referendum to take place on its land, even though it has no legal status in India. Delhi will also express its frustration at the backlog of extradition requests against prominent defectors such as Nirav Modi and Vijay Mallya. Regional issues such as Afghanistan will also be discussed.
The trip is expected to go well as Modi and Johnson have a good outcome and Johnson is enthusiastic about India. Couldn’t have come at a better time for Johnson, who is hoping that international success will draw attention away from his slump in popularity at home.
India is actively seeking new defense partnerships including technology transfer and enabling India to manufacture defense equipment with another country under the “Make in India” programme. The defense relationship between the two nations has grown steadily since the UK announced its inclination towards the Indo-Pacific in March 2021 and the subsequent visit of the British aircraft carrier strike group to the region, led to joint exercise with Indian Navy and Indian Air Force. India will be able to increase defense orders from Britain without turning its back on former ally Russia.
There are 26 chapters in the proposed UK-India FTA, four of which have been agreed to, although that does not include the removal of tariffs on imports of Scotch whiskey, a need that seems important to the British. The remaining 22 chapters have made significant progress and it is likely that the FTA will be finalized by the end of this year. For its part, India wants its citizens to have easier access to visas. The UK wants to hasten the return of illegal immigrants.
Roadmap 2030, a comprehensive document agreed to by the two leaders in May 2021, will guide the talks. Delhi sees the UK as a natural partner in many areas, including healthcare, life sciences, technology, green growth and sustainable finance, and sees the UK as more agile. and can act faster since leaving the EU. The UK has prioritized and increased engagement with India since Brexit. Modi and Johnson last met at COP 26 but this is the long-awaited Prime Ministerial visit from the UK, which has been canceled twice, once because of Covid in the UK and then because of Covid in India.