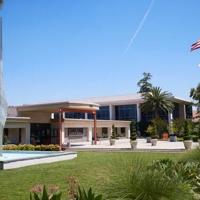 Fontana will see 80s temperatures and some cool conditions in the coming days, according to the National Weather Service.

Here is the forecast:

Monday Night – Cloudy, with lows around 62. Westwinds from 10 to 15 mph turning light and changeable into the evening. Winds can blow as high as 25 mph.

Tuesday, April 26 – Mostly sunny, with highs near 86. Winds are light and changeable west 10 to 15 mph in the afternoon. Winds can blow as high as 25 mph.

Tuesday Night – Cloudy, with lows around 56.