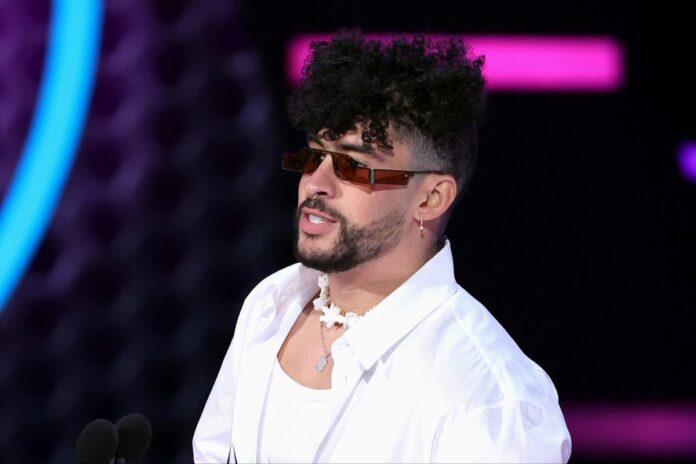 The 28-year-old Puerto Rican announced that he has joined the cast of the upcoming film El Muerto, playing the lead role. It is expected to be released in 2024.

Although El Muerto is little known in superhero circles, he is a wrestler who derives his powers from his Lucha Libre battle mask and has appeared in a number of Spider-Man stories before.

This film will mark the latest foray into the expanded Spider-Man universe, following Spider-Man: No Way Home and Venom, as well as the critically-acclaimed film Morbius.

Bad Bunny – whose real name is Benito Antonio Martínez Ocasio – spoke of his impending stardom during the Sony presentation at CinemaCon Las Vegas, calling it “awesome” and “unbelievable”.

“I love wrestling. I grew up watching it and now I’m a wrestler,” he said. “This is why I love this character. I think it’s the perfect role for me, it’s going to be epic.”

You’ve probably seen Bad Bunny on screen: alongside his role as a rapper, he’s appeared on the Netflix show Narcos: Mexico and will appear in the upcoming Japanese horror film Bullet Train alongside Brad Pitt.

He has also appeared recently at several WWE events, including WrestleMania 37 and Royal Rumble.

This week, he announced the name of his upcoming album. Called Un Verano Sin Ti, it will follow YHLQMDLG, Las Que No Iban a Salir and El Último Tour del Mundo, all of which were released in 2020 and make him one of the most streamed artists. on Spotify in previous years.

As the news broke, fans took to social media to share their excitement over the rapper’s upcoming role. “I have never heard of El Muerto before but what I have read about his story sounds fascinating,” one person wrote.

“I’ll wait to see more before giving a full review, but I’m looking for lesser-known characters to come on board, so I’m leaning towards the cautiously optimistic side at the moment.”

Another agreed, writing: “Bad Bunny has some ring experience so I’m all for it.”