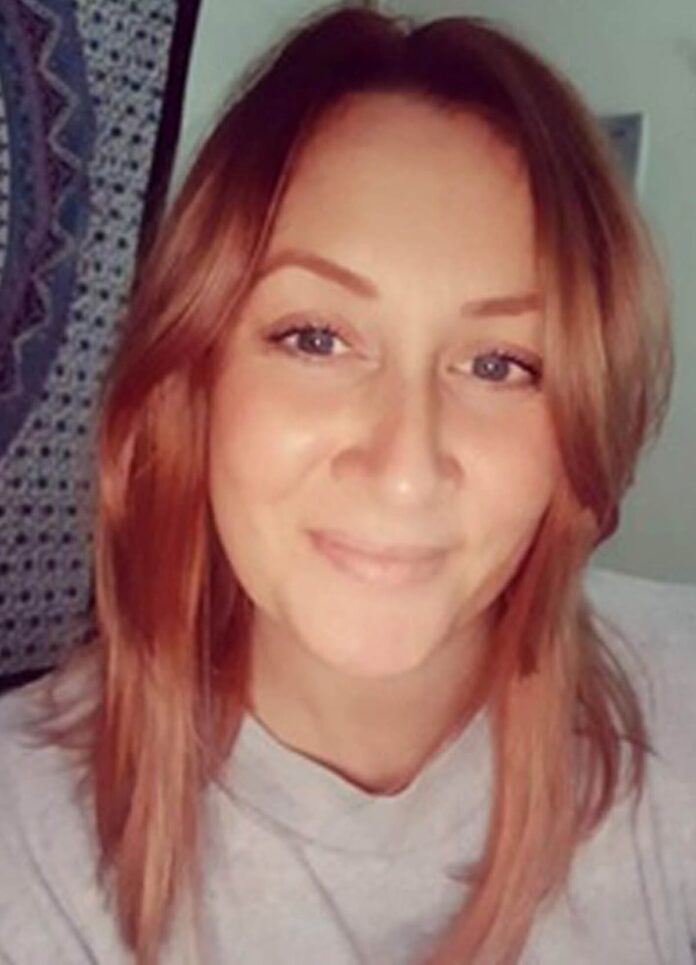 The missing woman is believed to have been abducted still going on at a rural beauty spot.

Katie Kenyon, 33, from Padiham in Burnley, has not been seen by her worried family since last Friday morning.

Detectives at the Lancashire Constabulary were given extra time to question a 50-year-old man in Burnley on suspicion of kidnapping.

At about 9:30 a.m. on Friday a woman matching Ms. Kenyon’s description left an address on Todmorden Road in town with a man and arrived in a silver Ford Transit, registered MT57 FLC, arriving Bolton-by-Bowland area in northern Lancashire.

She has not been seen since.

Several lines of investigation are being followed by detectives.

Gisburn Forest is said to be the largest wooded area in the county – over 1,200 hectares (2,965 acres, or over 4.6 square miles) – and is popular with walkers and cyclists.

Police released a photo of the silver Transit van – found in Burnley – as they urged anyone who saw the vehicle or had dashcam footage to come forward.

Detective Chief Inspector Al Davies, of the Force’s Primary Investigations Team, said: “We continue to be extremely concerned about Katie and we have a large team working hard to try to figure out what’s going on. happened to her.

“I am keeping an open mind about what happened to her but my concerns have clearly increased as time goes on.

“I will appeal again to anyone in the Bolton-by-Bowland area on Friday and see anything suspicious to contact, especially if they see the silver van or Katie alone. or within the company.

“Please come and talk to us even if you think the information you have may not be important.”

She was last seen wearing a blue shirt or jacket and white vest, black leggings and flip flops.

Her family, who say her disappearance is exceptional, are being supported by specially trained officers.

Anyone with information should call the police on 101 quoting 800 logs of April 24, or you can contact us via the Major Incident Public Portal at https://mipp.police.uk /operation/401020119P01-PO1