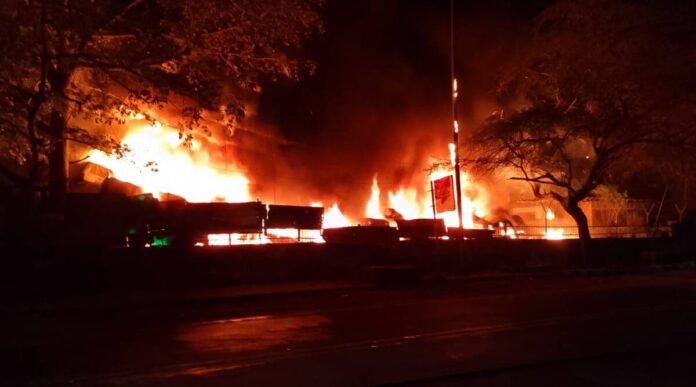 Of the five buses that caught fire in the past two months, four were red (AC bus) and one green (non-AC). (Express File / Rahul Sabharwal)

A Delhi Transport Corporation (DTC) bus on Tuesday caught fire near Shanti Van, making it the third such incident in a month. Officials said no casualties were reported.

The fire broke out in the back of an air-conditioned bus from Nand Nagri Depot and caught fire on route 275.

Officials said a fire broke out at the Bhalswa landfill in North Delhi on Tuesday.

The fire department received information at 5.47 p.m. that 10 fire trucks were rushed to the scene, officials said. There were reports of thick smoke rising from the burning mountain of garbage and blanketing nearby areas.

A day after the Union’s Ministry of Information and Broadcasting released a fifth list of YouTube channels from India and Pakistan that have been blocked for “spreading unverified, false information aimed at causing panic, inciting community discord and disrupting public order in India,” I&B Minister Anurag Thakur said on Tuesday, saying such actions will continue against those who spread misinformation and misinformation.