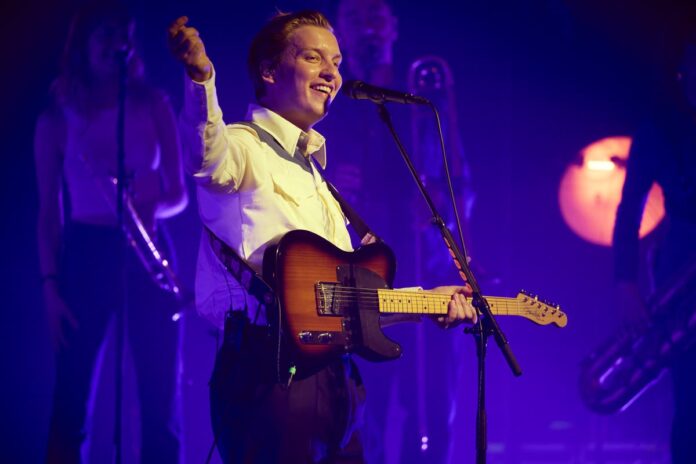 na is a rather saturated landscape of middle-class British men selling warm pop guitars, Hertfordshire singer-songwriter George Ezra being the most interesting of the bunch. Although his fun, role-playing songs seem to be filled with blue skies and icy peaks, Ezra’s signature sense of humor (for a time, he has nurtured another extremely well behaved self called Geoff) constantly shines through his parade of sunny national anthems.

In recent years, the artist has been candid about his experiences with OCD, and has been at the heart of many of his biggest hits – often exploring escape from hotter climates and quitting back to the real world – a hint of something darker hovering around the cobblestone of his explosive voice. On his first two hugely popular albums – coming out in 2014 as Wanted on Voyage and Staying at Tamara four years later – these more fateful themes feel unexplored, only really cut. through the nervous core of Get Away and First Aid Kit with the exception of the Savior. “My everything is all for you,” he sings later, a brooding ballad, “and what I have to give is not enough.”

Buoyed by alien guitars, Savior is one of the most powerful moments of Ezra’s first show in three years, set in the decaying landscape of London’s Palladium. Although the unreleased songs on the upcoming third album Gold Rush Kid have not been created, Green Green Grass’s live debut has gone in a reflective direction. He explained the song in a closed theater, first appearing on a trip to St Lucia, where, drunk with a “lethal” rum punch, Ezra let go of the sound of the track. raucous, and happened to attend a merry celebration. funeral.

Elsewhere, Ezra joked about the travel-heavy concepts behind his first two records ahead of Barcelona’s introduction. “I’ve been traveling around Europe…don’t worry, I’m not into it, we’ve all heard it before,” he laughs. “This time I got away with that. I only lost three albums.” As many times as Ezra’s songs – including the hilarious “Green Grass” dispatch – are proven crowd-pleasers, the artist subtly shakes things up as well. The rough Bluesy-sounding lines on her debut single Did You Hear The Rain? fueled by powerful bumps, swampy metallic tapes, while a gently curated Barcelona is bolstered by warm trumpets and a lingering yachting rock solo.

There’s so much vitamin D injected into the proceedings that you just wish you packed sunscreen, but even on those grueling rides at the end of the Shotgun anthem, it never quite tipped. forward into vibrant cheese. Cleverly delivering this line is George Ezra’s biggest draw, with bolder sonic live performances hinting at something smoldering deeper just below the surface.