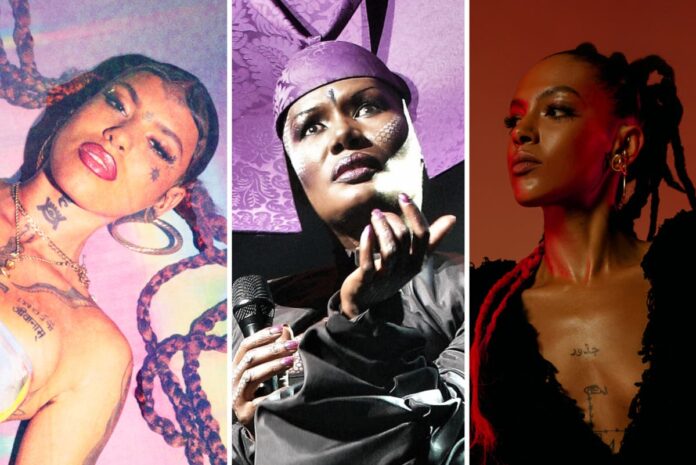 The final list of artists set to perform at the Grace Jones’s Meltdown festival has been announced, along with a program of free public events inspired by the music icon’s career.

South London artists Greentea Peng, Eska and Dry Cleaning are among the third and final installment of the 10-day festival’s repertoire at the Southbank Centre, all curated by Jones.

Elsewhere, cktrl has also been confirmed for a one-time performance with the London Contemporary Orchestra, while DJ Josey Rebelle and Little Simz collaborator Alewya are also set to perform.

They join the likes of Honey Dijon, Peaches, Angélique Kidjo, Oumou Sangaré and John Grant in the long-awaited lineup – the festival was originally set to take place in 2020, but has been thwarted by many Covid lockdown.

The free public show will take place on the terrace of the Southbank Centre, overlooking the River Thames. Radio No Signal will direct a night with DJs playing music based on Jones’ legacy, while roller skating sessions will pay homage to the famous photo of Jones skating along Compo Beach in Connecticut since 1973.

A reggae soundclash will bring together two competing sound systems related to Jones’ Jamaican roots, while her famous fashion sense will be celebrated in a catwalk night, in collaboration with Fashion Week Africa London page.

There will also be a disco dance workshop, a series of poetry broadcasts across the venue and more events to be announced.

Meltdown began in 1993 and is held every year beyond 2006, when the Southbank Center is closed for renovations, and in 2020 and 2021 due to Covid. David Byrne, Yoko Ono and Patti Smith were among the former curators.