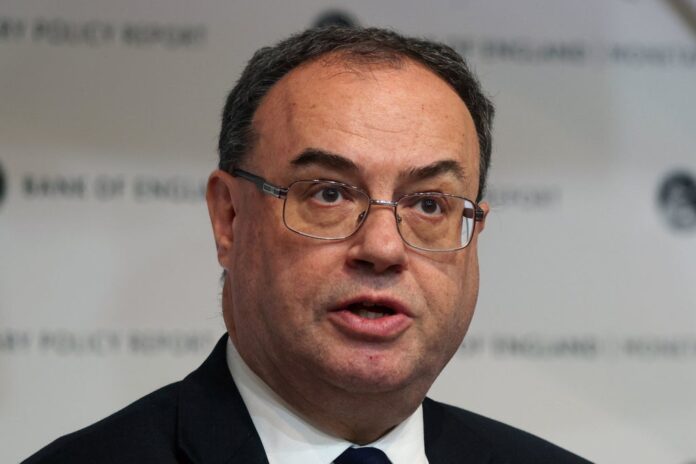 NFLATION is everywhere, especially if you’re regulated by the Bank of England, which is theoretically responsible for controlling inflation. Key heads at Threadneedle Street are increasing their fees by £24.3m this year so they can hire 100 new staff.

The de facto Governor Andrew Bailey must have earned around £575,000, an amount so meager that he can’t even remember when asked a little while ago by Treasury MPs.

He told people not to ask for a raise, live within their means. Which the Bank itself now says it cannot do.

Like the rest of us, the Bank needs more cash.

As David Buik of Aquis Exchange told me: “Cryptocurrencies, blockchains, and Bitcoin begged the BoE and FCA to play a leading role in regulating these new instruments, which have grown in popularity like wildfire. The authorities have taken their time to take full responsibility and, frankly, a bit rich to ask the market to catch up with inflation. Honestly, why do it?

The bank wants more money to monitor new risks, including crypto. And you can see why it wants to expand its 1340 strong workforce to deal with the “new policy responsibilities” after Brexit.

Mind you, very few public entities have ever said they wanted to be smaller.

That extra £24.3 million is a 9% increase in the budget, which is where inflation could peak, if we’re lucky. It is inflation that the Bank has been trying to slow down, insisting that it is only a temporary problem.

The bank is now playing catch-up desperately, with no choice but to raise interest rates even as the economy wobbles due to Ukraine and inflation that it has ignored for so long.

Bosses at City firms lament that they are spending too much time filling out surveys from regulators including the Bank on all the issues they see as wasteful. time.

The boss who is currently dealing with crypto while the Bank tries to focus on bitcoin has reason to feel miserable.