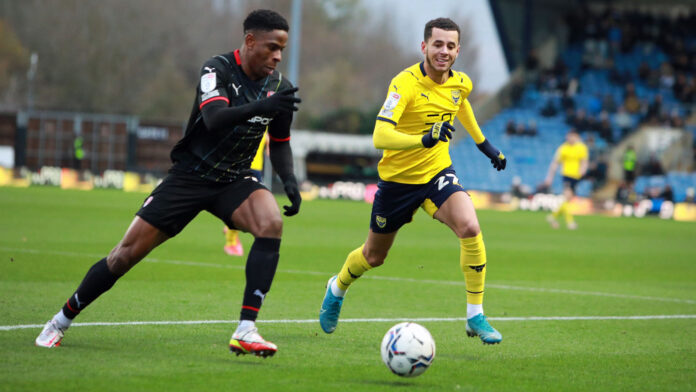 Oxford United joined Rotherham United on Saturday in the penultimate game of the season.

GROUP NEWS
United welcomed back Marcus Browne on Tuesday for a crucial win over MK Dons and the winger is part of the team that will head north today ahead of tomorrow’s game.

Striker Sam Baldock will return to training on Monday but United are still without James Henry, Alex Gorrin and Jamie Hanson.

OPPOSITION
The Millers suffered a 0-2 defeat to Burton Albion last time out and boss Paul Warne has said his side need ‘two wins’ to secure automatic promotion. The Millers are equal on points with MK Dons but with a game in the hands of the Dons.

“It is still in our hands. I assume one more game will be over,” Warne said after the defeat at Pirelli Stadium.

“Everybody wants to get the final wins. It’s hard but two wins could do it for us but there’s a feeling it’s going to come down to the ropes. We must continue to believe.”

TICKET
We were allotted 1,200 tickets to this game and now SOLD OUT

You can pick up your tickets at the OUFC Box Office before 3pm on Friday or at the Red and White Store in Rotherham from 1:30pm/2pm on Saturday.

Coaches leave Kassam Stadium at 10:00am and Kidlington Sainsbury’s at 10:15am

Children under 14 years old must be accompanied by an adult and the coach is not allowed to drink alcohol.

MINUTES OF USE
There will be a minute’s round of applause for former Rotherham player Harold Wilcockson before kick-off. We ask all fans to participate