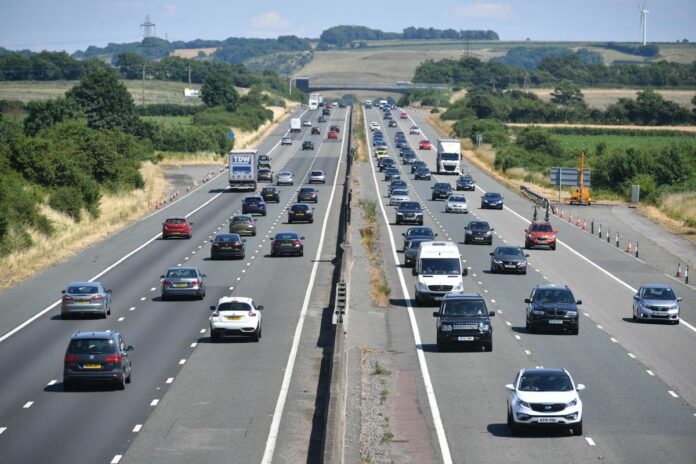 More delays are expected following Thursday’s travel chaos – as well as hours-long queues for passengers at airports and train stations.

Many people were reported waiting for hours at Manchester and Birmingham airports, while dozens of British Airways and easyJet flights were canceled at Heathrow.

Meanwhile, those in London St Pancras said they had waited in long lines for flights to Europe on Thursday morning.

Rail passengers have also been warned of further delays as Network Rail carried out 530 engineering projects totaling £83m over the weekend.

These include the closure of the West Coast Main Line between London Euston and Milton Keynes for four days from Good Friday due to an upgrade to the existing line and operational HS2.

P&O Ferries’ Dover-Calais sailings have also remained suspended as of Thursday night, which has caused large numbers of trucks to line up on roads approaching the Port of Dover throughout the day.

On top of that, petrol and diesel supplies at petrol stations in some parts of the country are already around half their normal levels as the UK’s travel network comes under pressure.