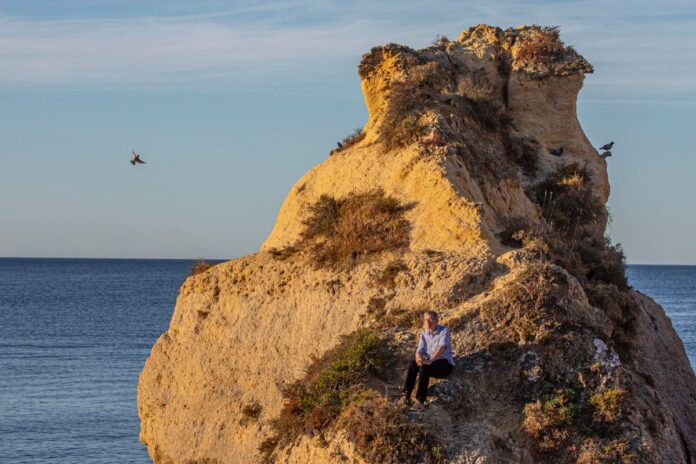 Simon Calder, also known as The Man Who Pays His Way, has been writing about travel for The Independent since 1994. In his weekly opinion column, he explores an important travel issue. important – and what it means to you.

St George’s Day Has Brought a tweet from Lord Frost that is sure to please any British visitor (as well as those from Wales, Scotland and Northern Ireland).

You may recall his lordship negotiating the Brexit deal under which British citizens became “third country nationals” subject to all manner of restrictions on Union travel. Europe.

In his social media post, Lord Frost welcomed what he called “a very welcome and sensible decision by Portugal to allow visitors from the UK to use the portal”.

(Some might make a double-whammy on what appears to be a gesture of national sovereignty of the kind we have been led to be impossible under Brussels domination, but let’s read on. .)

“Portugal broke the rankings to become the first EU country to defy Brexit by treating British tourists like EU citizens at its borders.”

Obviously, fools like me who warned about the dramatic increase in trouble coming to Europe after Brexit were wrong. Now you, me and Lord Frost seem to be able to fly to Portugal happily knowing we won’t be subject to passport control much longer than we are for a while while the UK is part of the EU .

“The Portuguese government has opened its electronic portal to British tourists, allowing them to be tracked quickly and continuously without having to queue for hours for manual checks, as was previously required during Brexit,” they said. I know.

If only this were true.

Third country nationals arriving in the Schengen area must be stamped by border officials, personally and manually. Currently, this is the only way for border agents to assess whether British travelers have stayed more than 90 days in 180 years in the EU – one of the rules the UK applies itself.

Two weeks ago, my delayed British Airways flight to Milan arrived shortly after an Airbus A380 carrying hundreds of passengers from Dubai. I waited in line for over an hour while EU citizens passed in seconds.

As countries like Cyprus have done in the past, authorities in Lisbon seem to have taken the operational decision to reduce queues by automating part of the process – matching between people and documents – ahead of time. when the officer stamps the passport.

But it could not make the policy decision to treat “those holidaying in the UK like EU citizens at its borders”. The need to be stamped in and out remains.

Yes, it’s a ridiculously similar procedure and will be replaced – possibly by the end of the year – with the European Union’s Automated Entry/Exit System (EES). But for now, British arrivals, unlike EU nationals, must present their passport to check in for a human.

Lord Frost added in his tweet: “Perhaps it’s worth pointing out that we gave permission all of EU travelers use our portal when visiting the UK. ”

Being a member of the European Union offers many advantages. Don’t take my word for it; before the 2016 referendum, Mr Frost was not successful speak: “It is in the UK’s national interest to stay in the EU.

“I don’t think we should get out of it.”

Given the red tape and the reduced chances brought by the leave vote and subsequent withdrawal agreement, I think many British travelers will agree with that view.