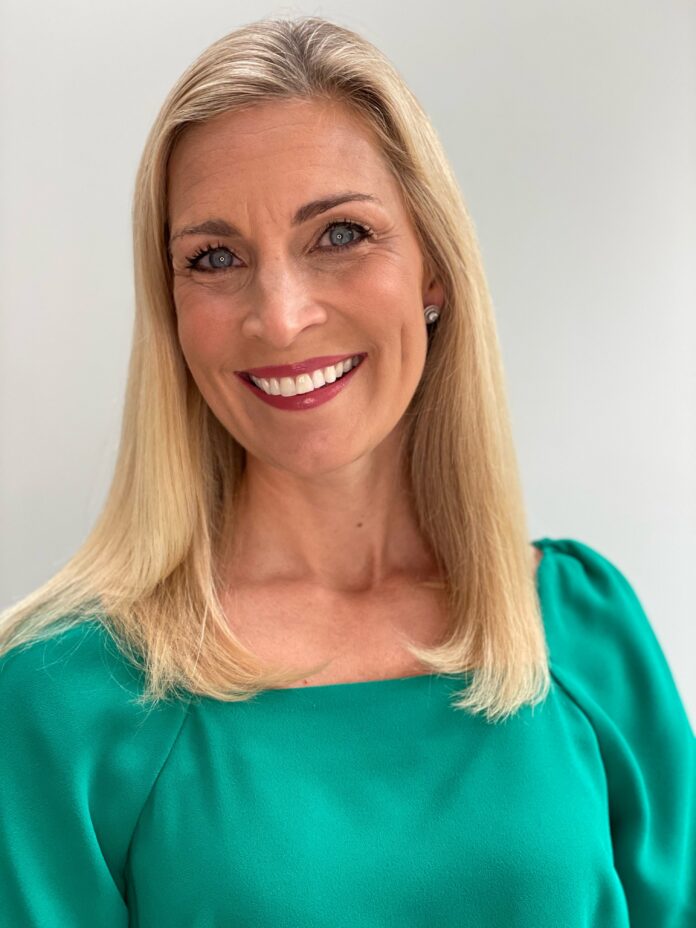 One of television’s most respected broadcasters, Sarah Hewson, is joining TalkTV as Editor Royal.

Sarah’s primary role will be as a regular columnist on Royal family stories on the station’s flagship evening news and news programme, The News Desk with Tom Newton Dunn.

Sarah Hewson says: “I am truly delighted at the opportunity to work with TalkTV and since its inception. Last night’s launch showed it to be a bold and exciting new channel committed to delivering news with a fresh perspective.

“I have been reporting to the British Royal Family for many years but I can barely remember such a busy time, especially during this Jubilee Year. I think we will have a lot to talk about! ”

Scott Taunton, EVP, President of Broadcasting at News UK, said: “Sarah is the latest in a string of celebrity hires for TalkTV. I am delighted that she will join the primetime showtime and channel her strength and expertise into one of the hottest topics of domestic and international news.

“TalkTV will be a new voice for audiences interested in candid opinions and expert insight on news and current affairs. The channel has been designed for the streaming age and will be accessible on linear television as well as through social and on-demand programming. “

Sarah is a journalist and broadcaster with over 20 years of experience covering some of the biggest national and international news stories. Originally a Royal Correspondent, she covered Sky on two royal weddings, royal births, the Diamond Jubilee and the Duke of Edinburgh’s funeral last year.

Sarah has spent most of her career at Sky News, where she covers everything from Breakfast to Top News At Ten and hosts her own weekly Sky News show with Sarah Hewson. Sarah interviewed the last 5 prime ministers of the UK, 6 senior members of the royal family and high profile figures in business, sport and entertainment circles.

News Desk with Tom Newton Dunn brings viewers the news that matters to them in a straight and balanced way. UK News beats the world with professional journalists from print and radio joining Tom every night to share the latest in their fields, from The Times political group to the table. showbiz of The Sun, reporters of talkSPORT as well as business reporters from News Corp titles. It also features agenda-setting interviews and a regular panel discussion with an unrivaled panel drawn from across politics including: Adam Boulton, Anas Sarwar, Bim Afolami, Emily Sheffield, Grace Blakeley, Isabel Oakeshott, James Slack, Kate McCann, Miatta Fahnbulleh and Tan Dhesi.

Piers Morgan Uncensored, headed by one of the most outspoken and popular figures in international television, is a fearless forum for lively, intelligent debates and established interviews. agenda; celebrates freedom of expression and the right for people to share their views. In its first global launch, the new and unique daily sixty-minute program will air weeknights in the UK on TalkTV, stream on FOX Nation in the US, and broadcast in Australia. on Sky News Australia.

The prime-time premiere also features The Talk with legendary Sharon Osbourne. Aired weeknights on TalkTV, the panel debate brings together five prominent political figures – all from different backgrounds and different perspectives – to debate about the most interesting stories of the day. Covering topics from the UK and around the world, panelists offered their candid views in a frank and honest debate. In sixty minutes, five personalities delve into the issues that affect viewers the most, from news to politics, crime to health and entertainment to sports.

TalkTV broadcasts live in the UK from state-of-the-art studio facilities in Ealing and at News UK’s News Building headquarters in London Bridge.

TalkTV went live for the first time on Monday, April 25 on the Sky, Virgin Media, Freeview and Freesat linear TV platforms. TalkTV is also streamed via Amazon Fire TV, Apple TV, Samsung TV Plus, and on YouTube, as well as via the Talk.TV website and the TalkTV iOS and Android apps. TalkTV is also available on Facebook, Instagram, TikTok, Snapchat and Twitter.

Everyone in the UK can access TalkTV and its programming, live or on-demand, on their TV or on any personal device. The channel will be live-streamed and widely available on all platforms, including Linear TV and OTT, with content available on social media as well as an extensive store of apps and websites. of News UK.

News UK continues to recruit some exceptional new talent to join its prime-time evening programming schedule with further announcements in the coming weeks.