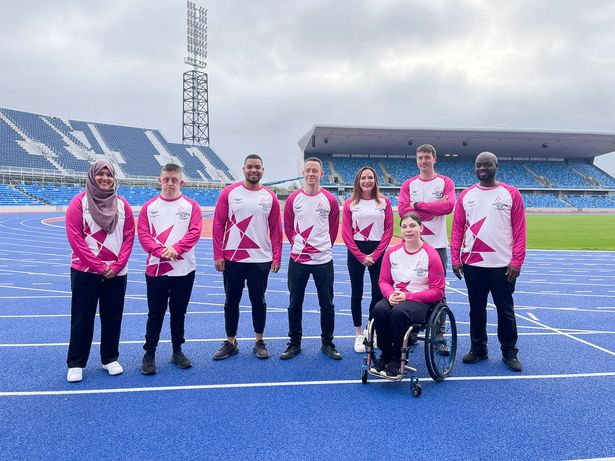 A hairdresser from Sunderland, who founded a wig company after she was diagnosed with breast cancer, has been chosen to be the official baton bearer ahead of the Commonwealth Games this year.

Nicola Wood founded The Amazing Wig Company as a second business after being diagnosed with invasive breast cancer in 2016 when she was 36 years old. up with an idea.

She used to suffer from hair loss as a side effect of her rheumatoid arthritis medication and wanted to help people before, during, and after medically-induced hair loss, including alopecia, so she founded the Foundation. great wig ty. And thanks to her incredible work, Nicola has now been selected to represent the North East as the official baton bearer for the 16th Queen’s Official Baton Relay.

The hairdresser said: “I feel very honored to represent the hair loss community in this incredible event. After my diagnosis, I know the positive difference and the confidence that comes with it. our service empowers women and it is my hope that as a baton bearer I will be able to inspire other business owners to take action and make a positive impact on their communities .”

With 25 years of experience, Nicola has expanded the floor space of the Sunderland-based Kitui salon, which offers wig cutting and styling along with other hairdressing services, to create a supportive studio that can intended for clients with hair loss. Since then, she has supported more than 10,000 people through her company.

The business currently employs 11 staff and has signed a national contract with the NHS to support people with hair loss across the country. The team now has a wide range of wigs specifically for the needs of the customer and production will soon be moved from abroad to Newcastle.

Nicola has also expanded her company’s reach, providing wigs and positive body image support to the LGBTQIA+ community, in addition to other health events and seminars held online and directly. Her company has received numerous awards including the UK’s Best Wig Supplier, and the salon is among the 17 globally rated gold standard by The Little Princess Trust.

She also founded a non-profit company, the Hair Inclusion Network, whose mission is to provide and promote inclusion for all in the hair and beauty industry.

Nicola, who was one of only nine people invited by the selection committee to wield the baton in the final stages leading up to the Commonwealth Games, said: “I’m a hairdresser one day a week and spend part remaining of the week trying to change the world for people with cancer and hair loss My journey with the baton is symbolic of a woman’s journey to cure hair loss and a reminder that no one needs have to do it alone.”

In addition to her salon work, Nicola also visits hospitals and healthcare institutions to talk about happiness for vulnerable and sick people. She faces ongoing health challenges by studying during times when she is physically inactive or difficult to move, and this year will qualify as a tricusor – a scalp and hair specialist.

Nicola will carry the baton at the end of a 90,000-mile worldwide trip representing the entire Northeast on Thursday, July 14. The baton itself has an accompanying written message from Female Emperor, will be read aloud by her when it comes to the game opening ceremony.

This year is considered one of the most memorable games. Held at the new Alexander Stadium in Birmingham, there will be 19 sports with eight events integrated into the program – the largest Commonwealth sporting programme.

The baton is now in the Caribbean after having visited four other continents. During the relay it will travel to more than 72 countries and be hosted by more than 4,500 runners before returning to the UK on 4 July for the final leg of the tour.