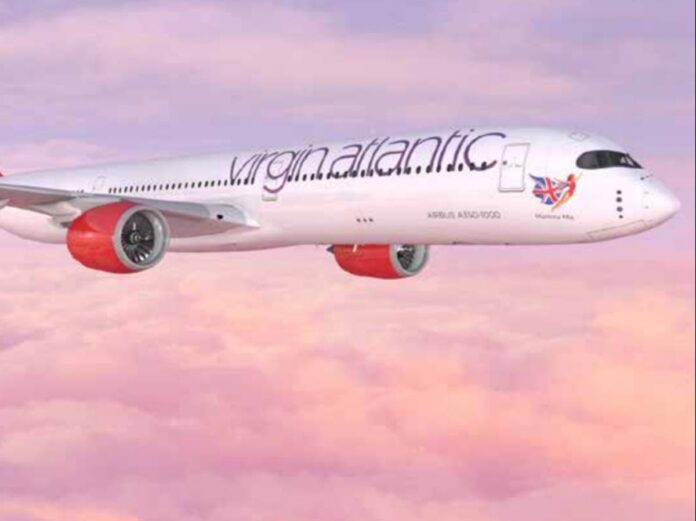 Virgin Atlantic passengers flying tonight from Johannesburg to London will find their journey extended by 600 miles and three hours. The same will apply to northbound flights en route to 2 May.

After departing Johannesburg at 18:45, the Airbus A350 will fly from London to the coastal city’s airport, where it will refuel. The next journey to London is almost 6,000 miles and includes flying very close to Johannesburg.

Passengers were told: “We wanted to provide you with some important information for your flight from Johannesburg to London Heathrow on April 28.

“Due to current fuel supply issues at OR Tambo International Airport, we are unable to refuel our aircraft as usual at the airport.

“As a result, your flight will be temporarily operating over Durban, to refuel and continue on to the UK. All passengers will remain on board during this process. “The Durban stop will add approximately three hours to journey time and is a necessary measure to help customers complete their travel plans.

“We apologize for any inconvenience caused and are closely monitoring fuel deliveries, maintaining regular communication with our local partners.”

A Virgin Atlantic spokesperson said: “In response to current fuel supply issues at OR Tambo International Airport, until 2 May, some Virgin Atlantic VS450 flights from Johannesburg to London Heathrow could operate via Durban, to refuel and continue on to the UK. ”

Johannesburg Airport has suffered from sporadic fuel shortages in recent months, but they have been exacerbated by flooding in KwaZulu-Natal, which has disrupted supply chains in South Africa.

Earlier this week United Airlines canceled flights between New York and Johannesburg citing “airport-wide supply issues”. The 8,000-mile flight is one of the airline’s longest routes.

British Airways flights between Johannesburg and London do not appear to be affected.

Queen hopes to travel to Scotland for Holyrood Week – Palace

Rail strike will go ahead on Thursday as RMT accuses Grant...

25 brilliant films that bombed at the box office, from Blade...