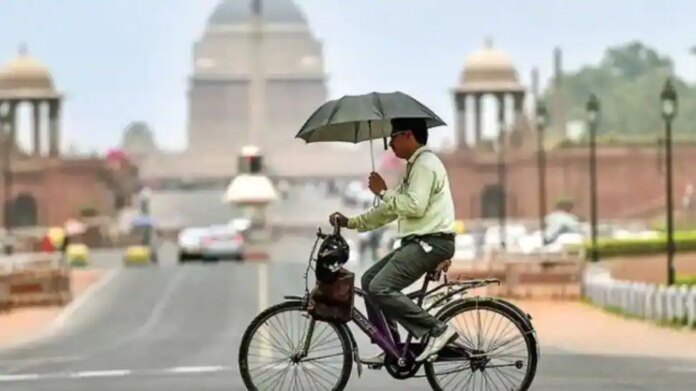 New Delhi: As the days of easing of intense heat are over, parts of India have begun to record extreme temperatures again. While Odisha had to close schools after a scorching heat wave, the maximum temperature in Delhi and many other places has once again hit 40 degrees.

On Monday (April 25), the mercury spiked above 42 degrees in various parts of the national capital, with the Sports Complex recording its highest temperature of 43.1 degrees Celsius.

Odisha has suspended all schools for 5 days from today (April 26) due to intense heat. According to PTI, the heat wave was witnessed in Cuttack, Khurda, Angul, Subarnapur, Boudh and Nayagarh districts on Monday.

West Bengal also does not appear to have abatement of heatwave conditions until April 28, the IMD said. The sweltering heat hit several districts in south Bengal on Monday.

Three districts of Jharkhand—West Singhbhum, Koderma and Giridih—was reeling on Monday in intense heatwave conditions after a brief respite and the condition is expected to spread to six other districts of the state in the coming weeks. within three days, the IMD said.

The weather ministry added that the heat wave is likely to cover Ranchi, Bokaro, East Singbhum, Garhwa, Palamu and Chatra.